Five Things Everyone Gets Wrong About Personal Lubricant 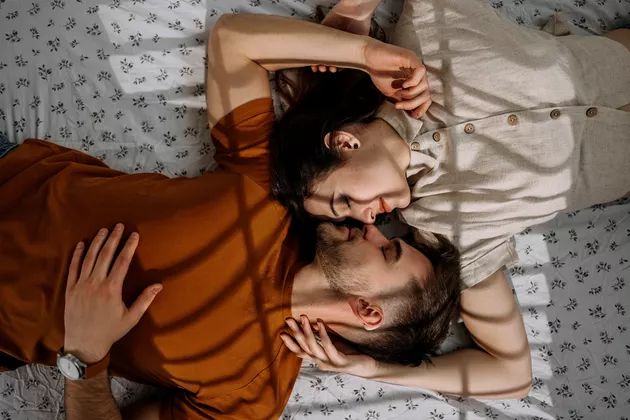 Good for you for using personal lubricant — aka lube — or thinking about it for your romps between the sheets (or on the kitchen table, the floor…wherever). Applying lube can make your sexual experience with your partner even better.

What's more, lubricants also play an important role in your sexual health. "When using lube, you decrease friction, so that usually feels better. But it also helps to prevent microtears in your skin that increase the risk for STI infection," Emily Rymland, DNP, of Nurx, a telemedicine healthcare company that provides, among other products, birth control and at-home STI testing, tells LIVESTRONG.COM.

And if you're using it, you're in good company.

In a March 2014 study in the ​Journal of Sexual Medicine​, 65.5% of women have used lube at some point in their lives and 20% used some in the past month. Most often, it was with a partner and applied for intercourse in order to make sex more comfortable, fun and pleasurable. Another study from the same group of researchers found that 70% of men have used lube, both for sexual activity with partners and solo, per findings published in May 2014 in the ​Journal of Sexual Medicine​. (While LIVESTRONG uses assigned female at birth, or AFAB and assigned male at birth, or AMAB, the studies specifically call out people who identified themselves as women and men.)

So, while lube is a good idea, there are several things people get wrong about using it — from the why to the how. Here, sex experts and educators explain common misconceptions and what you need to know:

1. Assuming That Using Lube Means There's Something Wrong With You

If you have a vagina, there are many reasons why, physically, you may not naturally lubricate enough and want (or need) to use lube: drinking too much, aren't aroused enough, are in perimenopause / menopause, are taking certain medications or are having sex with a person who has a penis that doesn't produce a lot of pre-ejaculatate (aka precome), Six says.

Reaching for lube doesn't mean that you're broken, Six says: "Lube is good at any age, for any gender."

2. Using Lube to Avoid Talking to Your Partner About What Really Turns You On

Keeping lube by your bedside table to quickly apply when things heat up doesn't inherently mean there's something wrong with your relationship either, another common misconception. But sometimes it does suggest that your partner's skills may need some tweaking — and they just don't know it.

"Using lube is not indicative of a problem, unless you're using it because your lover is lousy at foreplay and you're not getting aroused," Six says. "It can be easier to slap some lube down there rather than talk to your lover about how to make you feel more aroused," she adds.

Not everyone feels comfortable having these talks with their partner, especially if there are worries that doing so will make your partner feel bad. Six recommends the "positive sandwich." This strategy for giving feedback works well in just about any scenario. "Start with an appreciation, make a request and end with how wonderful that would be," she says.

3. Using the Wrong Lube for the Wrong Application

If you've ever shopped for lube, you know there are ​a lot​ of options. But there are some that are better depending on what you're using it for, and getting it right is important for pleasure and safety. For instance, when using latex condoms, you should absolutely not use an oil-based lubricants, "as it can break down the latex," Rymland says. In that instance, water-based is better.

From flavoured to warming lubes and lubes that delay ejaculation, there are several types of lubes that have "bonus" features. But more features isn't always beneficial. For instance, flavoured lubes that contain sugar can increase your risk for a yeast infection, Rymland says. There's a downside to lubes designed to change how sex feels — you may use it as a sort of Band-Aid to avoid talking to your partner about what really gets you going. "Just get turned on. Don't create artificial sensations," Six says.

For answers to your "which lube do I use?" questions, Marla Renee Stewart, sexologist and sexual strategist at Velvet Lips Sex Education tells LIVESTRONG.COM that she recommends following the Guide to Lubricants on Smitten Kitten. For instance, water-based lubes are great with sex toys, while some silicone-based lubes won't agree with some silicone toys.

Coconut oil is a common lubricant that people reach for because it's all natural — and something you may keep in your house anyway as a moisturiser (or to cook with), and there are coconut oil-based lubricants available to purchase. It's a fine choice as a lube, but remember, this is an oil-based lube, so it's not compatible with condoms, Stewart says.

4. Not Shopping at Your Local Adult Shop

Picking up a lube at your local chemist or supermarket is a fine option, but if you really want to find the lube for you, consider visiting your local adult shop, Stewart says. There, you'll find "sex educators or staff  who are training to become sex educators," she says. As such, they're extremely knowledgeable about the products the store carries.

Some people may feel uncomfortable talking to another person about lube, but the educators in these stores are nonjudgmental. "They are there to understand your needs. Tell them what you're looking for, and they can recommend the best thing for you," Stewart says.

Plus, it's likely they'll have samples, so you can take some home, try them out and know where to invest your money in a product.

You might reach for the lube after things have really progressed — and you know you need it. But there's something called a lube shooter, Stewart says. These are syringe-like tools (with a rounded tip) that you fill with lube and, if you have a vagina, insert ahead of time. "If you're making out and sex is going to happen, you can go into the bathroom and do a lube shooter," Stewart says.

That's the discreet way. But you can also incorporate using lube into foreplay. "Have your partner drip it on you in a sexy way. Be playful with it. We don't always think about play, but don't forget to have fun," Stewart says.