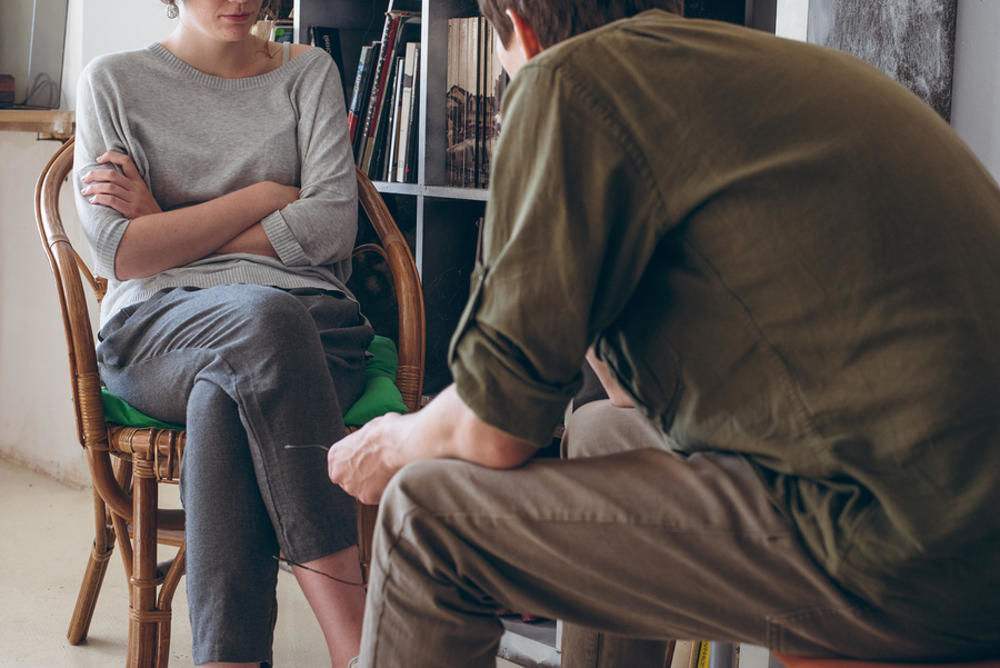 You can't choose your family, but you can choose how you react to their statements. If you're faced with a homophobic family member, these rebuttals can help you make your point without any steak knives flying.

Gay or straight, you probably have at least one family member who’s fond of offering their unsolicited advice — or judgment — about your lifestyle choices.

When you’re a member of the LGBTIQ+ community, the chances of hearing disapproving or downright offensive comments go way up. According to Pew Research, nearly 40 percent of gay adults say they were rejected by a family member due to their sexual orientation or gender identity.

If a homophobic family member is making your blood pressure rise every time you meet over the dinner table, here are several ways to keep your cool — and perhaps even help your loved one keep an open mind.

Have these responses at the ready the next time a loved one comes at you with anti-gay rhetoric.

The Supreme Court’s decision in Obergefell made same sex marriage legal in all 50 states. Marriage equality is now the law of the land, but it hasn’t stopped people from raising the same tired arguments in favor of “traditional” marriage.

If you come from a staunchly religious family, or your loved ones hail from an older generation, this may be one of the most common arguments you face. Being armed with sound, well-reasoned rebuttals can help you stand up for your rights in a rational, peaceful way.

According to A. Malik Muhammad, Coordinator of Sexual and Gender Diversity at Bloomsburg University of Pennsylvania, common anti-gay marriage arguments include:

“These are all absurd assumptions,” says Muhammad. For starters, the modern idea of marriage is just that: modern. For most of human history, marriage had little to do with love and everything to do with advancing one’s social position. People got married for political reasons, or to combine their resources.

They also married off their children. In medieval England, the age of consent for marriage was 12 years old.

“We must remember,” Muhammad adds, “the idea of marriage continues to change with our ever changing culture. If marriage was truly ‘traditional,’ interracial couples would still not be able to marry, you could still marry a child, and ceremonies would only be arranged by parents to share familial wealth.”

Furthermore, gay people have been around since the dawn of human history.

Historians have found plenty of evidence to suggest that Alexander the Great maintained sexual relationships with both men and women. Philippe, Duc d’Orleans, brother to the Sun King Louis XIV, was openly homosexual. (He was also a celebrated military commander and the founder of the Orleans family dynasty, which endures to this day.)

While it’s hard to get an exact figure on just how large the LGBTQ+ population is, a review of multiple surveys suggests that about 3.8 percent of Americans self-identify as gay. Another 8.2 percent say they’ve engaged in same sex behavior, and 11 percent claim they’ve been attracted to a member of the same sex. In 2016, the Williams Institute published research stating that about 1.39 million Americans identify as transgender. The numbers are even higher among Millennials. According to a 2017 GLAAD survey, 20 percent of Americans between the ages of 18 and 34 identify as LGBTQ+.

Despite these stats, babies continue to be born every day. There are 7.5 billion people on the planet, and the U.S. ranks third in the world for population size.

As the planet’s burgeoning population shows, we’re in no danger of extinction, and marriage equality is hardly going to threaten the species. 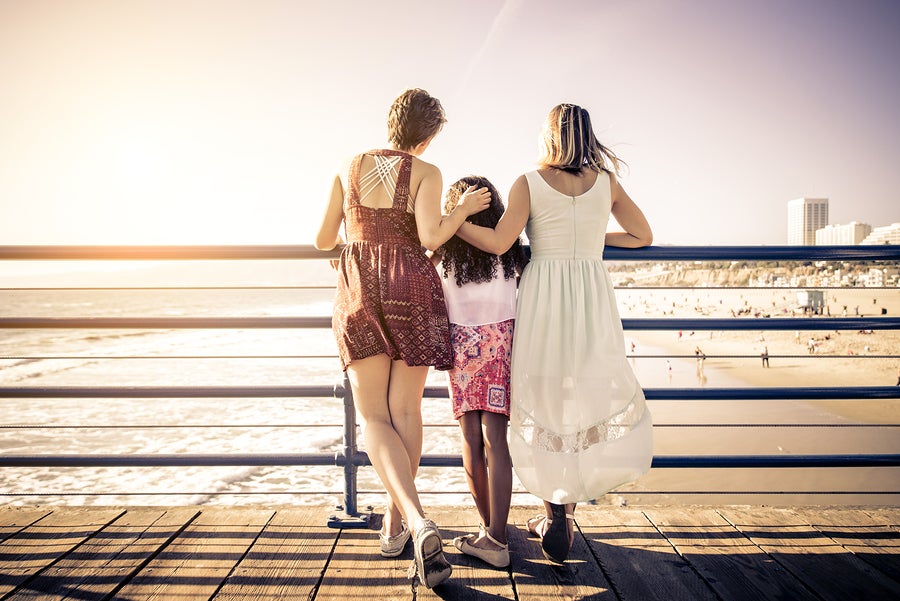 Another common argument anti-gay family members like to trot out is the idea that same sex parents are somehow bad for kids. “Children need a mother and a father,” they like to say, or “Kids can’t thrive without both a male and female influence.”

A Huffington Post review of the study noted that Light and Adams covered articles and papers about same sex parenting written between 1977 and 2013. In three decades of research, Professor Light said that the “consensus is overwhelming in terms of there being no difference in children who are raised by same-sex or different-sex parents.”

Another study published in the Journal of Developmental & Behavioral Pediatrics also found no differences between children raised by different sex parents and those raised by two female parents. The study is particularly noteworthy because the authors deliberately compared families with similar characteristics, including parent age, parents’ level of education, family residence and the children’s ages, races and genders.

As a CNN analysis of the study states, “The study found that there were no differences in children when it came to their general health, their emotional difficulties, their coping behaviors and their learning behaviors.”

What all of these studies indicate is that kids are happy and healthy when they’re raised by supportive, loving parents — whether those parents are a dad and a mom, two dads, two moms or any other combination.

“Some people try to be tall by cutting off the heads of others.” — Paramahansa Yogananda

At some point in their life, nearly everyone has experienced bullying. Unfortunately, bullies don’t always outgrow their childish behavior. Research conducted by Dr. Judy Blando from the University of Phoenix reveals that nearly 75 percent of adults report being bullied at work.

As if that wasn’t bad enough, the internet makes it possible for abuse to follow you home. According to Pew Research, 40 percent of adults say they’ve been victims of online harassment and bullying.

When your family members are the ones doing the bullying, it can be difficult to cope. While you may be tempted to lash out with an angry response, this probably won’t get you far.

Brandea Kelley, author of “Mormon Grown Gay,” says it’s important to avoid retaliatory comments or defensive statements, as that approach is unlikely to change any hearts or minds. Instead, be open and honest about how their comments make you feel.

“Retaliating comments or even defensive statements tend to keep them in that same state of mind that is less than ideal, and it doesn’t penetrate. When you relate your feelings, they can’t argue with that. And you don’t find yourself stooping to the level of fighting or trading insults. When people are able to see that they are actually bullying, they can recognize the need to change gears more readily.” 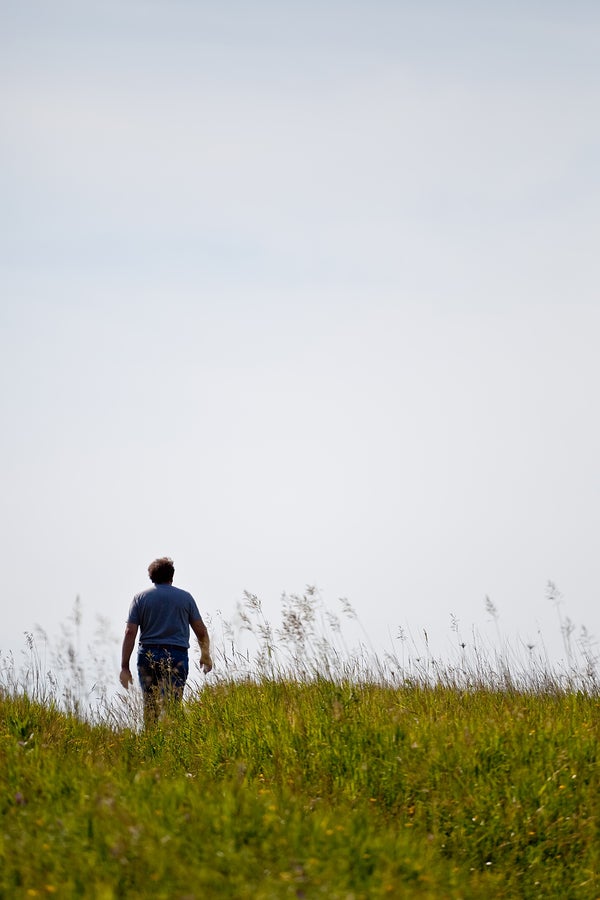 Sometimes You Just Have to Ignore

You’ve probably heard the phrase “don’t feed the trolls” with respect to cyberbullies. The same is true with the real-life variety. In some cases, ignoring a homophobic family member is the best option for taking the wind out of their sails.

Kelley says, “It’s a good idea to do so, particularly if you are unable to detach from angry or reactive feelings, and reacting in a less than an ideal way. Refusing to engage with someone with less than good intentions is always reasonable. If you need that space, it’s fair to take it.”

Muhammad adds that foregoing your family member’s company doesn’t mean you have to forego family altogether. Blood may be thicker than water, but who says your relatives have to be biological? “Family does not always have to be your blood relatives,” he states. “Find people that support and love you unconditionally and that can be your family. Seek accepting friends, maybe other accepting members of your extended family, and especially other members of the LGBTQA community. You are certainly not alone! And who knows, maybe some time down the line you will be able to reconnect with your blood family!”

It’s Okay to Walk Away

Some people are simply toxic and no amount of well-reasoned argument will change their mind. Although it can be painful to cut ties completely, it may be necessary if the person is truly a threat to your mental or physical health.

Kelley says an ultimatum may actually be necessary to make a family member see the light. “When they see that you are willing to lose that relationship rather than undergo abusive conversations and derogatory comments that you don’t deserve, they are forced into a choice. ‘Do I want to keep doing the same thing and lose the relationship, or can I consider a different approach?’”

If you go this route, however, Kelley says it’s important to make sure you’re completely comfortable with the idea of a permanent separation. “I wouldn’t jump to this too readily; everyone likely needs a little time to adjust to the news at first, and some leeway around that is kind. But persistent and abusive derogatory comments aren’t fair to you and if they don’t change eventually and take the hint you’re not going to be a doormat…well it’s not a loss to have that out of your life in the long run.” 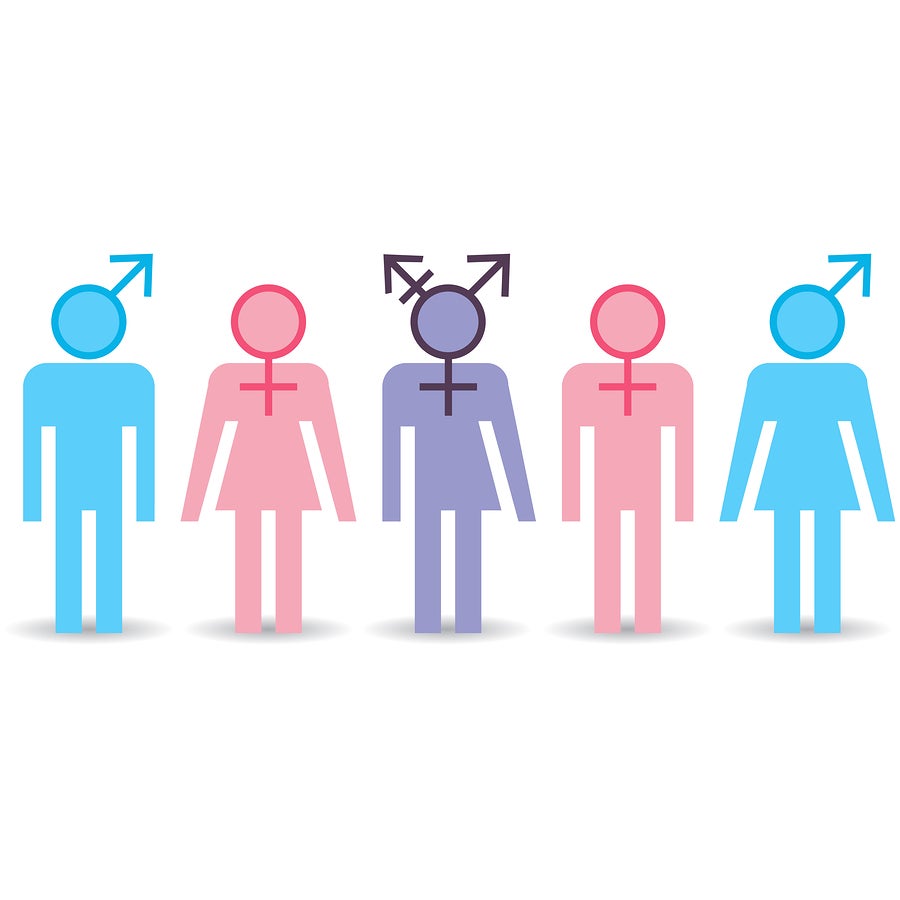 Use Conflict as a Teachable Moment about LGBTIQ Rights

You’ve probably known you’re gay since you were a child. If you’re coming out as an adult, however, your sexual orientation or gender identity might be a shock to your family members. In many cases, all it takes for people to open their hearts is a little time.

Muhammad says you can also use this as an opportunity to educate and inform. People often fear what they don’t understand, and fear can lead people to do and say hurtful things. Being a patient teacher can help your family members learn why their comments are so damaging and disrespectful.

“A best practice in dealing with family member's anti-gay comments is to stay calm and try to turn the moment into an educational opportunity,” Muhammad says. “Many of the anti-gay sentiments stem from a lack of understanding and education when it comes to the LGBTQA community, not necessarily direct hate. Start by trying to get an understanding of where they may be coming from and why this belief/comment is valid to them. Then rebut those beliefs/comments with the knowledge/education that you have in regards to the LGBTQA community.”

A good place to start is by sharing information about how children and teens are affected by homophobic comments and behavior. Despite all of the steps forward our society has taken toward equality for everyone, we still have a lot of work to do when it comes to making our kids — all of our kids — feel safe and accepted at school and at home.

According to the GLSEN (Gay, Lesbian and Straight Education Network) 2015 National School Climate Survey, over half of LGBTIQ+ students felt unsafe at school because of their sexual orientation. Sadly, verbal harassment was the norm for most gay students, with 85.2 percent reporting being threatened and called names. The vast majority of LBGTQ+ youth also receive little to no sex education in school.

LGBTIQ+ youth are also at a higher risk for suicide. The CDC reports that a quarter of all gay teens have attempted suicide. These statistics may shock your family members — and help them understand how anti-gay comments can pile up.

At the end of the day, gay people are people like anyone else. They go to work, raise kids, go on awkward first dates and live their lives. By sharing your life with a difficult or homophobic family member, you can help them see that you have far more in common than they realise.