Beyond Gay and Straight: The Complete Guide to Sexual Orientation 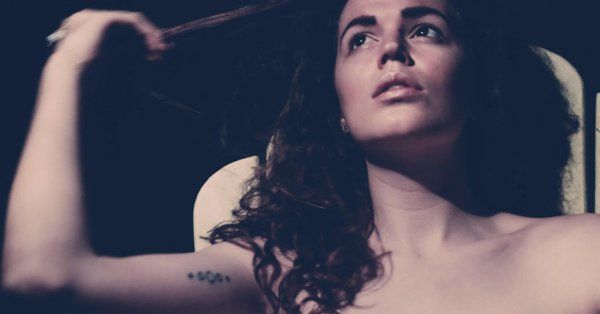 They say love makes the world go ‘round. For many people, romantic relationships are among the most important interpersonal connections in their lives. “Sexual orientation” refers to an individual’s romantic, emotional or sexual attraction to other people. When you study sexual orientation, one of the first things you’re likely to notice is this is an area filled with definitions that overlap or sort of seem to mean the same thing. You’ve got sexual orientation and a whole list of sexual orientations. Then you’ve got gender identity vs. sexual orientation. Throw in gender roles, and you might be ready to scream “uncle” and call the whole thing off.

If you feel a little confused, don’t worry. Once you learn what the various definitions mean, it’s easy to understand the differences.

What Is Sexual Orientation?

According to the Human Rights Campaign, sexual orientation is “an inherent or immutable enduring emotional, romantic or sexual attraction to other people.” In other words, it’s the thing that makes your heart race and your breathing a little heavier when you see that special someone.

The American Psychological Association expands on this definition a little more, adding, “[O]ne’s sexual orientation defines the group of people in which one is likely to find the satisfying and fulfilling romantic relationships that are an essential component of personal identity for many people.”

Sexual Orientation and the Kinsey Scale

One of the main things to remember about sexual orientation is that it’s best to think of it on a continuum rather than individual boxes on a graph or chart. One of the first and most prominent researchers to define the various types of sexual orientation was biologist Alfred C. Kinsey.

In his landmark book, Sexual Behavior in the Human Male, Dr. Kinsey wrote, “Males do not represent two discrete populations, heterosexual and homosexual. The world is not to be divided into sheep and goats… The living world is a continuum in each and every one of its aspects.” (Don’t feel left out, ladies: Kinsey also published a book on sexual behavior in females.)

Rather than define sexual orientation as homosexual, heterosexual or bisexual, Kinsey placed human sexuality on a scale, which became known as the Kinsey Scale — created all the way back in 1948. In his studies, Kinsey discovered that most people aren’t exclusively heterosexual or homosexual. While many people might trend toward one end of the scale or the other, the majority of people “...displayed some sort of sexual fascination with both the opposite and same sex.”

Kinsey also noted that while sexual orientation is inborn — that is, not a choice — it can definitely evolve and shift over a person’s lifetime.

So, how many sexual orientations are there?

On a very broad scale, you can break sexual orientation down into two main groups: monosexual and plurisexual.

Mono means “one,” and people who identify as monosexual are attracted to one gender, whether that’s their own gender or a different gender.

Pluri means “many,” and plurisexuals are attracted to many different genders. For example, a plurisexual person may self-identify as bisexual, pansexual, queer or something else.

Once you get beyond these two large groups, however, the list of sexual orientations is quite long. As the Kinsey Scale shows, sexual orientation is far from vanilla. Rather, it’s a rainbow of flavors that span a huge range — and lots of people prefer two, three or even more scoops.

Here’s a quick look at some of the different types of sexual orientations:

Aromantics are sometimes confused with asexuals, who don’t desire sex (although they may desire romantic relationships). Rather, aromantic individuals desire neither sex nor romantic attachments with others.

An asexual person is someone who feels no (or very little) sexual desire toward anyone. It’s important to note that being asexual does not mean a person has a sexual dysfunction — nor does choosing celibacy necessarily mean that someone is asexual.

There are a lot of misconceptions about bisexuality, but it's a pretty simple concept: bisexuals are people who are attracted to both their own gender and another gender. While the traditional definition of bisexual describes someone who is attracted to both males and females, bisexual can mean a sexual attraction to one’s own gender and any other different gender (which can span a big range).

Demisexuality is sometimes confused with asexuality, but these are two different types of sexual orientation. A demisexual is someone who doesn’t develop sexual attraction until they’ve formed a deep emotional attachment with another person. Some demisexuals may believe they are asexual, as they often struggle to feel sexual attraction until they form a strong emotional bond with their partner.

A gynesexual is someone who is romantically and sexually attracted to females. While a lesbian is an example of a gynesexual, this type of sexual orientation can include anyone who is attracted to women regardless of their gender identity.

Homosexuality describes people who are sexually attracted to individuals of the same gender.

“Pan” is a Greek word that means “all.” Also known as omnisexual, a pansexusal is someone who has the potential to be attracted to a variety of genders along the gender spectrum. Contrary to a somewhat common belief, pansexual doesn’t mean “anything goes” or that a pansexual person is attracted to every gender under the sun. Rather, pansexuals aren’t limited by gender identity or biological sex when it comes to sexual attraction.

When it comes to sexual orientation, not everyone identifies with a specific label. As the University of California, Santa Barbara notes, “Sometimes, one may perceive the labels of straight, gay, lesbian, bisexual, or pansexual to be too confining, or feel as though none of these categories truly encompass their sexual orientation. ‘Queer’ serves as an umbrella term for all non-heterosexual, non cis-gender identities.”

As this sexual orientation list shows, sexual orientation isn’t a “this or that” thing. Rather, it’s fluid and wide-ranging. When you consider there are over 7 billion people on the planet, this fluidity makes sense. Dr. Kinsey created his scale in 1948, and we’re still learning about the nuances and variations in sexual orientation.

As Cydney Adams at CBS News states, “It’s a common misconception that gender identity and sexual orientation are connected. If someone is transgender, for example, many people automatically assume that they must also be gay. That, however, is not the case. Gender and sexuality are different, and it’s an important distinction to understand.”

Gender identity is something that’s usually drilled into us from birth. For example, your parents might have wrapped you in a pink or blue blanket when you were a baby. If you were born female, you might have received dolls for your birthday. Biological boys tend to get trucks and sports equipment. These are expressions of traditional gender roles, which can be a significant part of a person’s gender identity.

In the United States and many other countries, gender traditionally comes in two forms: male and female. However, other cultures around the world have embraced other forms of gender identity for centuries. For example, a type of native Hawaiian culture recognizes individuals known as mahu who embody both male and female spirits.

While some transgender individuals choose to undergo hormone therapy or surgical procedures that bring the body in line with their gender identity, not everyone decides to do this. Other transgender individuals may opt for a social transition, which often involves dressing or expressing themselves in line with their gender identity. Whatever form it takes, transitioning is an extremely private and personal decision best left up to each individual and their doctor.

If you’re still learning about transgender individuals and what it means to be transgender, it’s normal — and totally okay — to have questions. However, it’s important to keep in mind that, just like cisgender (pronounced “sis” gender) folks, transgender people may not always feel comfortable discussing their personal or sex lives with just anyone. Here’s what not to ask a transgender person.

Celebrating All Types of Sexual Orientation

Whatever your sexual orientation, love and relationships are always something to be celebrated. Before you make your party plans, don’t forget to pick up your free sample of ASTROGLIDE.   Astroglide will be at Mardi Gras in Sydney this year with free samples as we are every year.