Being Heteroflexible Is a Real Thing. Here's What It Means 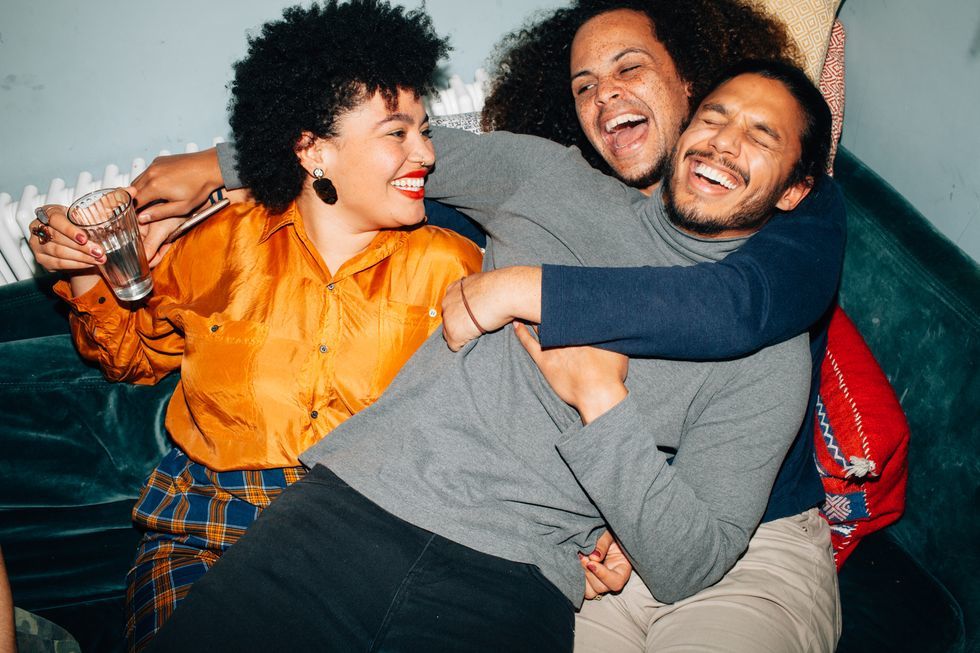 Like pretty much every sexual orientation, "heteroflexible" doesn't have one agreed-upon definition—but here are some of the reasons people love the label.

FOR MOST of my life, I identified as straight and didn’t question it. Then, when I started going to sex parties in my late twenties, I played with a few couples and discovered I was open to being involved with women in that particular context.

When I joined the dating app Feeld, which prompts you to include your sexual orientation on your profile, I saw the term “heteroflexible” as an option, and realized that described me: basically straight, but sometimes willing to venture outside of that.

Feeld isn’t the only app to acknowledge heteroflexibility as an identity: OKCupid added the term as an option for users to include on their profiles in 2014. A 2020 study in the Archives of Sexual Behaviour found that about 15% of American adults identify as “predominantly heterosexual, but also report a fair amount of same-sex attraction and behavior.” Google Trends data shows searches for "heteroflexible" have steadily climbed since 2010.

What exactly does it mean to be heteroflexible?

Like pretty much every sexual orientation, "heteroflexible" doesn't have one agreed-upon definition. It's generally used to describe people who are mostly drawn to heterosexual dynamics, "but who are also open to the occasional homosexual experience,” says Nathan Brandon, a psychologist specializing in LGBTQ+ issues. “For some, it simply means that they are open to new experiences and willing to experiment with their sexuality, while others may find that heteroflexibility is the only way to express their true sexual identity.”

The sex lives of heteroflexible people also vary. Some are in monogamous heterosexual relationships, while others may date or hook up with people of multiple genders, Brandon says. Sexual orientation is about how a person identifies inside—not who they date or hook up with.

People identify as heteroflexible for so many different reasons.

Some may feel that “heteroflexible” best describes them because they're more attracted to heterosexual experiences than any other, explains psychotherapist Sam Nabil. Others may go with "heteroflexible" because their current relationship (or their primary relationship) is heterosexual, adds psychotherapist, sex therapist, and sex educator Roger Kuhn.

Someone may also choose to identify as heteroflexible because they’re only attracted to the opposite gender, but sometimes play with other genders for reasons other than attraction, such as—in my case—wanting to participate in a particular dynamic, like playing with couples. “It could be a matter of attraction or could be for other reasons, like playing with someone as a fun thing to do with a relational partner,” says Astroglide sexologist Jess O’Reilly.

The above characteristics could theoretically also describe bisexual or pansexual people, who aren't necessarily attracted to all genders equally. The truth is, there's no right or wrong way to identify; what really matters is finding a label that feels right to you. (It's also cool to decide you don't need a label at all.)

Heteroflexible people themselves shared reasons why they feel this term fits them best.

“I identify as heteroflexible, as I'm typically much more attracted sexually to females than other genders,” says Johnson, a 32-year-old podcast host in New Zealand. “Heteroflexible also works for me as I'm heteroromantic—as in, I don't find genders other than females romantically attractive.” While the term “bisexual” could also technically fit Johnson's set of preferences, “many people out there don't understand that, and so I use ‘heteroflexible’ to get around other people's misunderstandings and/or to start a conversation about it."

For Peter, a 38-year-old digital editor in Fort Lauderdale, Florida, "heteroflexible" captures the nuances of his romantic and sexual attractions. “While I am romantically hetero, I am extremely turned on by multiple-partner experimentation and serial dynamics that involve all genders,” Peter says. “I didn't know the label existed, just that I gravitated to MMF and genderfluid porn—and have since been lucky enough to have some of the same experiences in the flesh.”

How do I know if I'm heteroflexible?

If you think you’d like to identify yourself as heteroflexible, it may be worthwhile to examine how heterosexism—a bias in favor of heterosexual relationships—may or may not play into this decision.

O’Reilly notes that some people may gravitate toward the heteroflexible label in part due to internalized queer phobia. “When you’ve identified as heterosexual for your entire life (due to fear, repression, homophobia, or compulsory heterosexuality), you may not feel ‘queer’ enough to come out as queer, and heteroflexible may be a more accessible identity for you," she says. "You may also not feel safe identifying as queer."

That said, identifying as heteroflexible doesn’t necessarily mean someone is conflicted or confused about their sexuality or afraid to come out as bisexual or gay, says sexologist Shamyra Howard, LCSW, a member of the Men's Health advisory panel. It could be that the person—like me, Peter, and Johnson—feels that labels like “gay” and “bisexual” fall short of describing them. “The reality is that people self-identify and choose labels that feel right for them at the moment, and it doesn’t have to make sense to us to respect their choices,” Howard says.

That’s the nice thing about sexual identity: You get to define it, and it doesn’t have to limit you. In fact, the term “heteroflexible” is intentionally broad and leaves room for growth and fluidity, Kuhn says. “There is also a playfulness associated with the term ‘heteroflexible’; it gives a wink to a willingness to be sexually open to new possibilities.”

Identity is personal, and it really depends whether the label resonates with you. “There is no right or wrong way to identify your sexuality,” Brandon says. “The most important thing is that you feel comfortable and safe exploring your sexuality in whatever way feels right for you.”