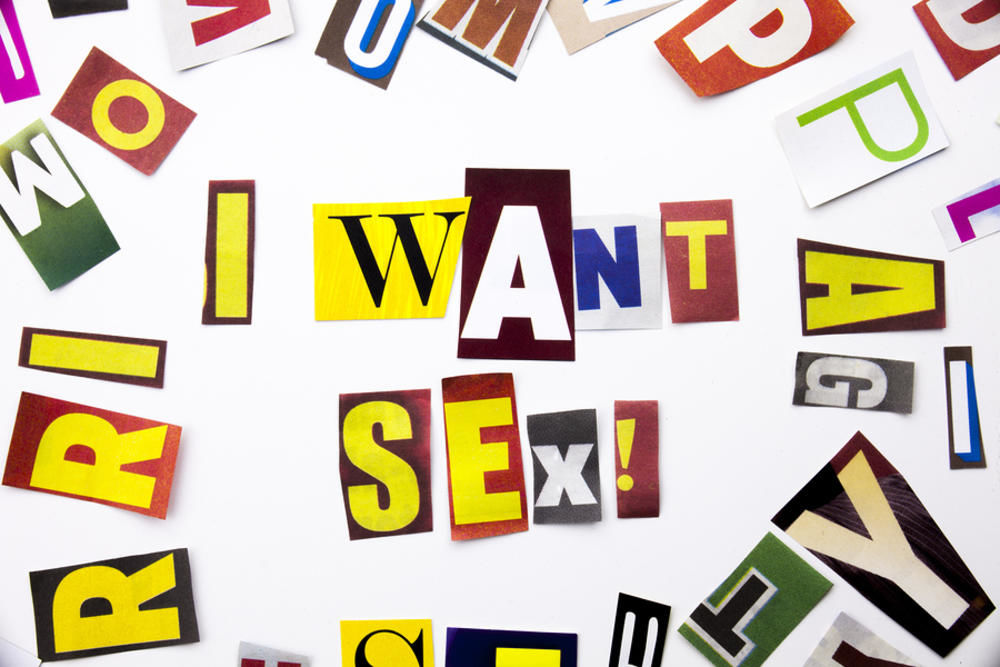 Let’s talk about sex, baby. And not just the usual stuff. From the weird and mythical to the interesting and educational, here are some sex facts you need to know.

Think you know everything there is to know about sex? Whether you’re a vixen in the sheets or a Casanova in the streets, there’s probably a thing or two about sex that will surprise you.

There are also a number of sex myths that even the most seasoned sexy-time pros fall for. Here’s a round-up of sex facts, from the interesting and informative to the false and downright weird.

We believe sex is a natural and, well, wonderful thing. But you have to admit that certain aspects of sex can be a little weird — even outrageous. Here are the weirdest and most unbelievable of the bunch.

Oral Sex Was Illegal in Canada… Until 1969

By contrast, the United States didn’t toss out its oral sex laws until 2003, when the Supreme Court struck down anti-sodomy laws in 14 states in Lawrence v. Texas.

Guys aren’t the only ones who wrestle with the eternal debate of grower versus shower. According to  Debby Herbenick at Kinsey Confidential, the sexuality information service of The Kinsey Institute for Research in Sex, Gender, and Reproduction, a woman’s vagina can almost double in length when she’s aroused — a process called vaginal tenting.

“During sexual excitement, muscular tension pulls the uterus upward, which has the effect of making the vagina both longer and wider. Now, instead of being 8 - 11 cm in length, a vagina may reach approximately 15-18 cm (6 inches) in length.” Debby notes that vaginal tenting may explain why a woman sometimes feels tighter to her partner during intercourse.

Sex is a topic that interests just about everyone. And for most people, there’s no such thing as too much sex. Here are three interesting facts about the subject that makes the world go ‘round.

Sperm Counts Just Ain’t What They Used to Be

Sperm counts among Western men have dropped sharply over the past few decades — so much so that researchers have started studying the phenomenon in an attempt to find out why and what can be done about it.

NPR cites a study conducted by reproductive epidemiologists at the Icahn School of Medicine at Mount Sinai, in which researchers found that the sperm counts of over 43,000 men in industrialized countries have plummeted by more than 50 percent over the past four decades. While researchers are uncertain what’s causing the drop, possible reasons include exposure to chemicals in the womb, which “can alter the reproductive tract of baby boys significantly,” according to one researcher. 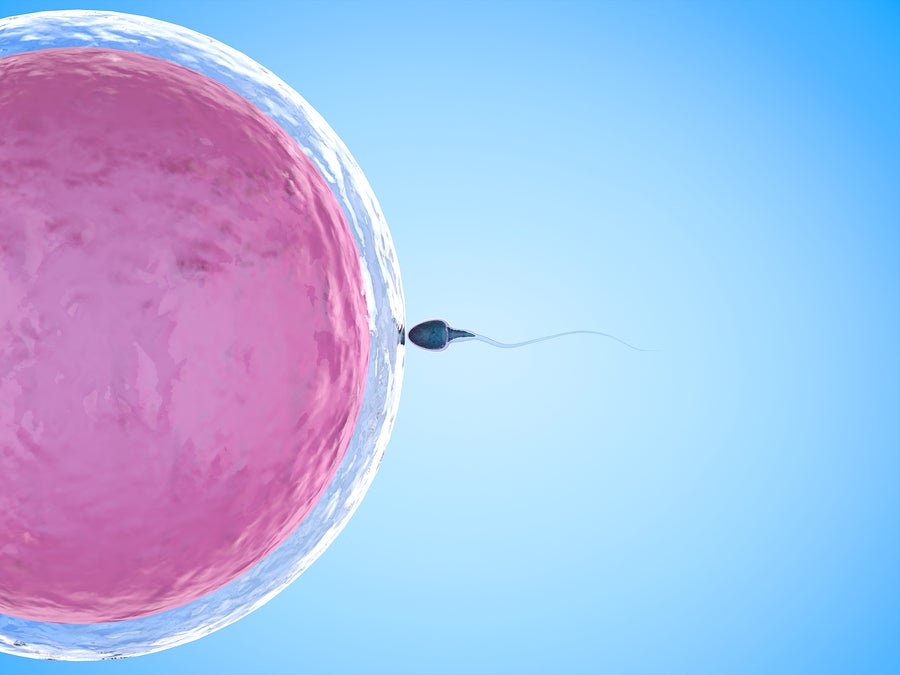 An Orgasm Can Alleviate Cold Symptoms

Just when you thought orgasms couldn’t get any better. Research shows that having an orgasm can help clear your sinuses. According to Travis Stork of The D, the brain tells the adrenal glands to secrete adrenaline during sexual fulfillment. This release of adrenaline causes the blood vessels to constrict, which in turn causes the sinuses to open. So the next time you’re congested, skip the Sudafed and go for the big O.

Women’s Sex Drives Are Just as High as Men’s

Christina Cauterucci at Huffington Post cites two studies published in the Journal of Personality and Social Psychology in which psychologists found that “on a regular basis, men significantly underperceived the degree of their female partners’ sexual desire, while women consistently made accurate judgments about how much their male partners wanted sex.”

Psychologists believe the problem stems from a couple factors. One, men are more likely to fear being rejected, which may lead them to develop a sort of self-protecting mechanism that encourages them to underestimate a woman’s desire for sex. On the female side, socialisation could play a role in pressuring women to play down their desire — if social norms dictate that women should want sex less often than men, women “may make fewer or subtler sexual overtures than their partners.”

3 Sex Ed Facts You May Not Know

While it has decreased in recent years, the United States still has the highest teen pregnancy rate of any industrialised country in the world. Part of the reason is the patchwork quilt of sex ed programs among the states — many of which teach “abstinence-only” sex ed.

The lack of comprehensive sex ed in the U.S. has led to a startling number of misconceptions about sex and safe sex among adults. In fact, Sarah Jio at Glamour reports that a study conducted by The National Campaign to Prevent Teen and Unplanned Pregnancy found that 59 percent of single young women “think it’s at least slightly likely they are infertile if they haven’t gotten pregnant from unprotected sex.” In reality, a woman who has regular unprotected sex has an 85 percent chance of becoming pregnant within one year.

If it’s been awhile since you sat in sex ed class, or your sex education was skimpy at best, here are three sex ed facts to brush up on.

As we’ve written before, sex education in the United States leaves much to be desired. According to a Centers for Disease Control and Prevention (CDC) report, just half of U.S. high schools have sex ed programs that hit all 16 federally recommended points.

Whether it’s pillow talk or a candid middle-of-the-day convo with your partner, talking about sex can lead to a more fulfilling sex life. Relationship coach Kyle Benson of The Gottman Institute says it’s also important for couples to be specific and direct when discussing sex and intimacy. “When partners talk to each other about their sexual needs, their conversations are often indirect, vague, and left unresolved.” This can leave both parties frustrated.

Instead, Benson says couples should focus on what’s positive about their sexual encounters. For example, instead of saying something like, “you never touch my body,” try “it feels so amazing when you touch me here.” Few people respond well to criticism, especially when it’s something as personal as sex. As Benson says, “Sharing your positive needs will open up new ways of loving each other.”

For folks with a vagina, it usually takes a lot more than penetration to achieve orgasm. Michael Castleman at Psychology Today has a startling statistic that will make you do a double take: “Only 25 percent of women are consistently orgasmic during vaginal intercourse.” You don’t need to be a math genius to figure out that 75 percent of women are not consistently orgasming from penetration alone.

As the old saying goes, you can’t believe everything you hear. Whether it’s a whispered rumor from a sixth-grade classmate or a juicy tale told by your crackpot roommate freshman year, chances are you’ve heard a sex myth or two. Here are three you can finally put to bed. 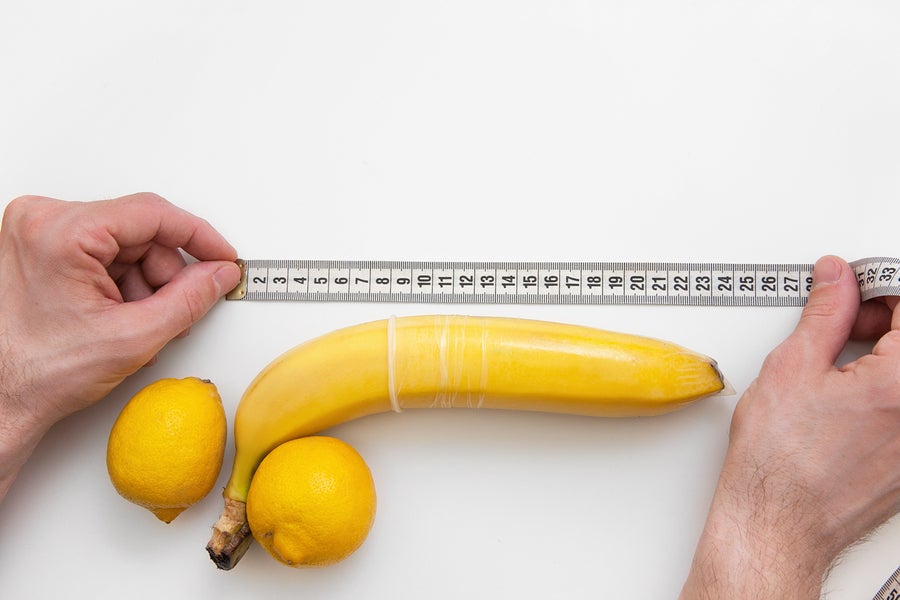 Relax, guys — your shoe size has nothing to do with your penis. The University of California’s Berkeley Wellness center cites a 2002 British Journal of Urology study that measured 104 men between the ages of 17 and 85. Much to the delight of men everywhere, the study found “no association between foot and penis size.”

So if you’re a tiny dancer, you can rest easy knowing that even the smallest feet don’t necessarily mean you’re not packing heat. And even if you’re not, chances are the lady in your life doesn’t care. According to the American Psychological Association, 85 percent of women are satisfied with their partner’s size.

Sure, asparagus really can make your pee smell, but loading up on pineapple isn’t going to make your semen taste like a delicious fruit salad (although it probably won’t hurt). Casey Gueren of BuzzFeed spoke with Jennifer Gunter, who stated that eating pineapple won’t really affect the taste of semen one way or another.

According to Jennifer Gunter, the best way to improve your taste is by eating a balanced diet, drinking plenty of water and practicing good hygiene. (Incidentally, the same is true for the ladies.)

Sex Is a Good Workout

“Sex burns a lot of calories!” — your friend. Or cousin. Or magazine you read while waiting for your Uber to show up. Unfortunately, sex isn’t quite the workout you may think.

Markham Heid at Time Health reports that a University of Montreal study found that sex burns around 101 calories for men and just 69 calories for women. Ouch. By contrast, running for 30 minutes burns 276 calories in men and 213 in women.

However, there are plenty of health benefits associated with sex. For example, achieving orgasm on a regular basis can boost your immune system, lower your blood pressure, reduce your risk of heart attack and even block pain.