What Percentage of the Population is LGBTIQ?

If you were asked to estimate the percentage of people who are LGBTIQ, what would you say? Over the last few decades, I’ve included this question on surveys and have found that people’s responses are all over the map; however, the single most common number I hear is 10%.

How did so many people arrive at this number? Many of them attribute it to the pioneering sexuality research of Dr. Alfred Kinsey from the 1940s. Of the thousands of men that Kinsey surveyed, about 10% were either predominately or exclusively gay, according to where they fell on his famous Kinsey Scale.

While Kinsey was the first to systematically study this, his methods have long been criticized because the sample he collected was not representative of the population and he over sampled from the gay community. His data were also collected more than seven decades ago at a time when homosexuality was criminalized in much of the country and many people were unwilling to disclose their sexual orientation.

So how have things changed over time, and what do the numbers look like today? 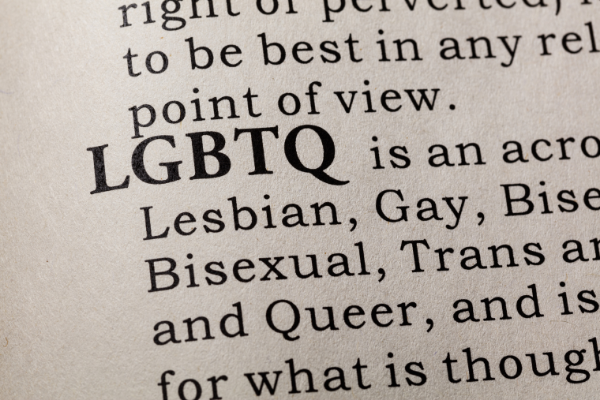 The Answer Depends on How You Define Sexual Orientation

Sexual identity, attraction, and behaviour are all different things—and they don’t necessarily always line up in the way that you might expect. For example, there are many people who identify as heterosexual who report having arousing same-sex fantasies and, sometimes, intimate physical encounters with the same sex.

I’ve seen this in my own research on sexual fantasies. I surveyed more than 4,000 people about their sexual fantasies for my book Tell Me What You Want and found that among persons who identified as exclusively heterosexual, about half of the women and one-quarter of the men said that they’d had arousing same-sex fantasies before.

Likewise, when looking across surveys that ask about both sexual identity and same-sex behavior, many surveys have found that the number of people who say they’ve ever had a same-sex experience is about twice as high as the number who identify as LGBTIQ.

For purposes of this article, we’re going to focus mostly on sexual identity, but please do keep in mind that identity, attraction, and behavior all tell us something a little different about human sexuality. So depending on how you ask the question, you might come to very different conclusions.

Believe it or not, it wasn’t until the 1990s that anyone conducted a nationally representative sex survey in the United States. It was known as the National Health and Social Life Survey, and part of the reason it was such a long time coming was because Kinsey’s findings were shocking to a lot of people. It was actually really hard to get funding to do the first national sex survey because many were afraid of what it would reveal.

The 1990s study painted a very different picture of sexuality than Kinsey’s work, especially when it came to understanding the sexual orientation of poeple. In fact, just 2.8% of men and 1.4% of women identified as gay or bisexual in this survey (other sexual identities such as queer were not assessed because they weren’t as prominent or widely known as they are today).

This study gave Kinsey’s critics a lot of fodder for discounting his work—after all, this was a representative survey, and it pointed to a much lower prevalence of homosexuality than Kinsey suggested. However, it’s hard to know what to make of sexual identity stats from the early 1990s, which was during the peak of the HIV/AIDS epidemic and a time when there was still a lot of stigma and fear attached to homosexuality. 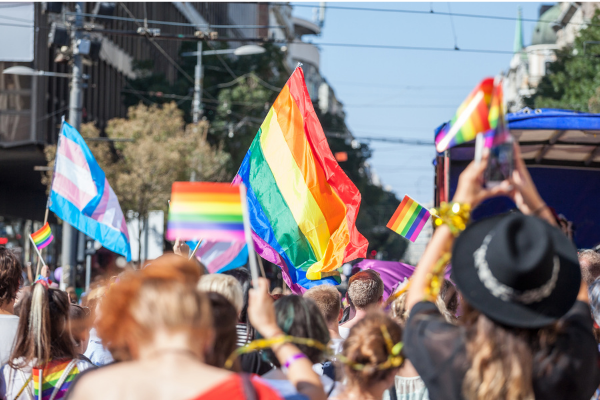 Modern Sexuality Studies Point to a Rise in LGBTQ Identification

Flashing forward a couple of decades, another nationally representative sex survey was published in 2010 (the National Survey of Sexual Health and Behavior). This survey found that 8% of men and 7% of women identified as something other than heterosexual, figures far higher than what was reported in the 90s—and much closer to what Kinsey found in the 40s.

The results of public opinion polls mirror this trend: in recent years, there has been a substantial rise in LGBTQ identification.

For example, according to polling from the Gallup Organization, approximately 6% of Americans identified as LGBTQ in 2020. This figure is about twice as high compared to polling results from a decade ago. 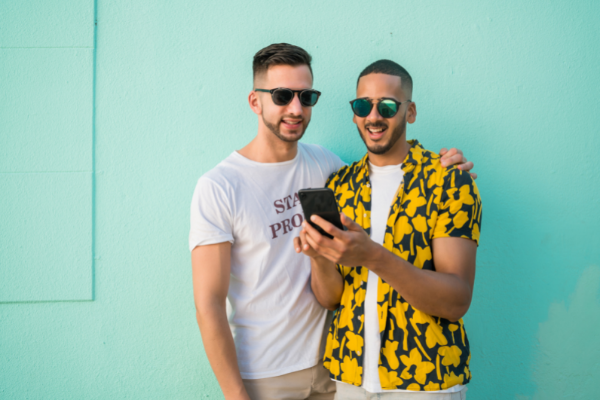 In Generation Z, 1 in 6 Adults Identify as LGBTQ

The overall statistics obscure a really important finding in the polling, however: there are massive generational differences in LGBTQ identification.

Thus, younger adults are substantially more likely to identify as LGBTIQ compared to older adults, with about 1 in 6 young adults today reporting an LGBTIQ identity.

Not All LGBTIQ Identities Have Increased, However

While the overall number of Americans identifying as LGBTIQ is on the rise, when you look at individual identities, you see that some have risen, whereas others have remained relatively stable.

For example, longitudinal data from the General Social Survey found that between the years 2008-2018, the number of American adults identifying as gay or lesbian remained remarkably stable, whereas the number identifying as bisexual tripled.

Other surveys point to a rise in transgender identification, especially among younger adults.

Likewise, something I’ve seen in my own research on sexuality is that over the last two decades, more and more people are reporting other identities under the LGBTIQ+ umbrella, such as queer and pansexual.

So What’s Behind Changing Sexual Identification?

Many people are curious as to what’s behind the rise of LGBTIQ identities. The most likely explanation has to do with changing social acceptance of being LGBTIQ. While there’s no doubt that homophobia, biphobia, and transphobia still exist today, there is now much greater acceptance of sexual diversity in America than at any other point in history.

For example, a majority of people now support same-sex marriage, but it really wasn’t that long ago that a majority disapproved. Being LGBTIQ is now more acceptable—and LGBTIQ now have more rights (although there is still a lot of work to be done!).

As social acceptance has increased, persons with same-sex attractions have become freer to acknowledge them and make them a part of their self-identity. As I mentioned earlier in this article, people’s identities are just one part of understanding human sexuality, and there have always been more people who report same-sex attraction and behavior than who identify as LGBTQ.

As a result, it’s probably not the case that people’s underlying sexual attractions have changed in recent years—the more plausible story is that more people are acknowledging attractions that have long been stigmatized and hidden. As more people start to acknowledge these attractions and incorporate them into their identities, the number of LGBTQ Americans may continue to rise even further.

Lehmiller, J. J. (2018). Tell Me What You Want: The Science of Sexual Desire and How It Can Help You Improve Your Sex Life. Boston, MA: Da Capo.