What happens to your body when you stop having sex? 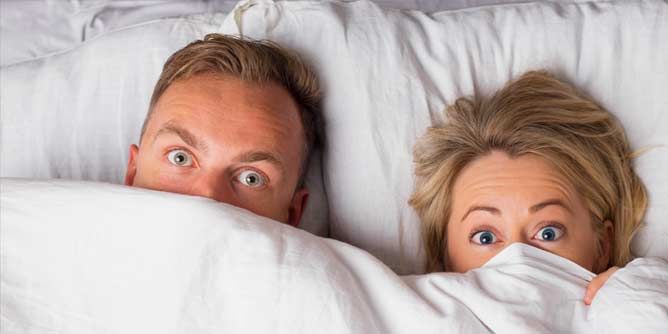 This is a little bit different to people who have chosen celibacy as a lifestyle choice, and is more referring to sexual people who have had regular sex and then, for one reason or another, stopped.

We’ve put together a list of five things that can happen to you when the orgasms stop.

If you’ve been a sexual person and had regular orgasms, stopping it can seriously affect your subconscious. Even if during your waking hours you’re not thinking about it too much, when you’re asleep all those latent feelings start to take over resulting in more frequent wet dreams for men and sleep orgasms for women.

Confusingly, while there may be an increase in sexual desire in your dreams, halting your sex life can have a severe effect on your libido in general. The desire to have sex begins to fade, and the things that once used to turn you on or get you aroused don’t seem to have the same kick. For many people it’s a bit like “out of sight out of mind” and the less you have it the less you want it.

Sex and the endorphins released during orgasm help boost neuron growth in the hippocampus (the area of the brain that deals with memory function and retaining information) and so the fewer of these chemicals you release, the slower the function of that particular area gets. I have heard many anecdotal stories from people saying they become clumsier and less able to remember things when they’ve stopped having sex for a month or more.

Unlike what the slut-shamers of the world would have you believe, the vaginal wall is made of many different muscles and the more you use it, the tighter and stronger it actually gets. Stopping the vagina and pelvic floor from regularly exercising (like having sex and orgasming) can weaken the walls of the vagina and make them thin and susceptible to damage. It can also create dryness which, along with weakened walls and thinner skin, can make future sex very uncomfortable indeed.

As mentioned in the How Ejaculation Can Save Your Life article, regular ejaculation can help keep the prostate strong and working, and also help flush out toxins and cancer causing cells. When guys stop getting regular erections and orgasming it can reverse all that good work and positive strengthening, and put them right in the path to discomfort and possible long-term prostate issues. It can also have a bit of an effect on overall erection function with some guys telling me if they don’t “use it” they “lose it”.

So while sex isn’t always the easiest thing for us to come by, self loving and regular sexual pleasure should be routine and habit! It’s not only fun and a nice way to pass the time, it could also save you a bunch of unnecessary body changes and mental anguish!