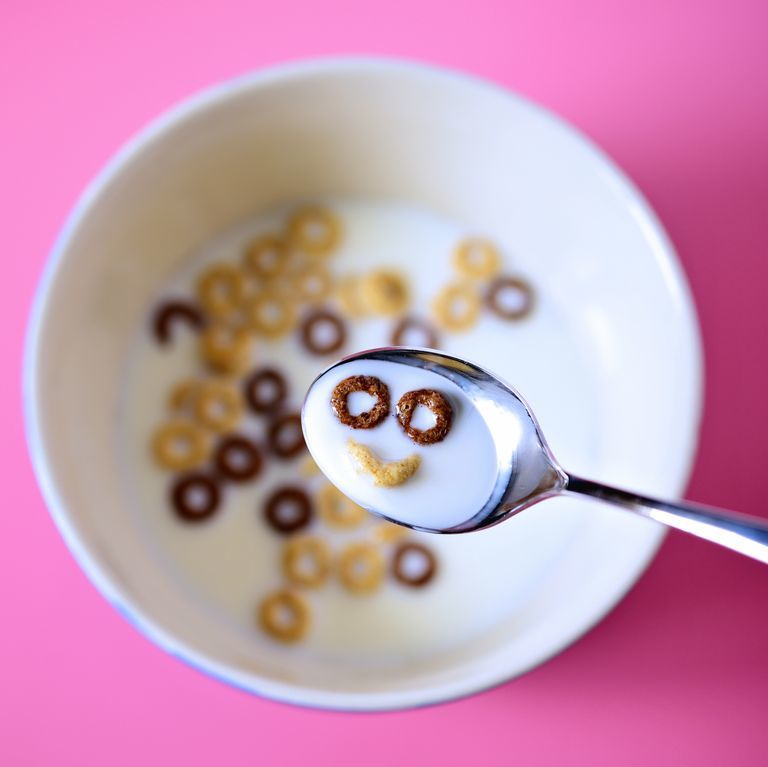 Sure, most sex is pretty great. But there’s something about it being the first thing you do all day that makes doing the deed that much better. No, really, hear me out.

You were going to shower anyway, right? Well, now you actually have something worth washing off. Plus, starting your day off with a big bowl of Os (if you know what I mean) can give your productivity a boost during the day. In fact, according to a recent survey, more than 45 percent of women who dabble in a.m. romps support that claim.

Still skeptical? Scroll down for every single benefit—straight from experts—that morning sex has to offer. And, as an added bonus, the pros also share their best tips to make your early lay even hotter.

So start off with a new kind of greeting: "Good morning sex!"—and see how much better your day goes...here's why.

Simply roll over and tell your partner what you want to do to them to get them going, says Emily Morse, PhD, doctor of human sexuality and host of the Sex With Emily podcast. They'll be less inclined to turn you down since they're already in a prime location for getting it on. All you'll have left to do at that point is slip out of your pajamas...unless you sleep naked, then you really have no excuse.

You know that rush that comes on when you're doing something active? Getting up and moving feels taxing on the body for second, and then, all of sudden, you're totally blissed out. You can thank endorphins, pain-killing hormones released during sex (and exercise), for that. After you climax, those endorphins create a feel-good mood that will stick with you long after your last morning moan. Take that, Monday.

Chronic migraine sufferer? (So sorry.) Those endorphins released during orgasm also help dull pain, say, from cramps or headaches, that might come on later in the day. Consider it nature's ibuprofen.

4. Morning sex can strengthen your relationship.

The same way a morning romp in the sheets will have you feeling giddy all day long, it can also reinforce your relationship, says Morse. "During sex of any kind, you release oxytocin, the cuddle chemical," says Morse. It's a hormone that fosters a sense of love and attachment, "meaning when you have morning sex specifically, you'll feel more connected to your partner all day afterward," she adds.

As you daydream about what went down this morning, you might even get the urge to send your partner a text that says, "I can't stop thinking about you and what you did with your tongue this morning." And if you ride that good feeling long enough, those texts might just turn into foreplay for round two tonight.

Nothing makes you want to hide under the covers quite like your to-do list flooding your brain the moment you wake up. Ugh.

This is where the many upsides of oxytocin come in handy again. The bonding chemical is also responsible for showing stress the door. So, before you can even start worrying about your midyear evaluation at work, let an oxytocin-filled orgasm do it's thing and mellow you TF out.

6. You can bare it all in the morning light.

Who said ambiance meant a dark candlelit room? Seeing every single part of your partner's body and, likewise, baring it all for them to take in (and pleasure) in the morning light is just as sensual, if not more so, says Morse. There's just something about being fully exposed and with nothing to hide that brings partners closer together, she adds.

Not only is morning sex the perfect opportunity to appreciate every detail of your partner's body, but it's also a chance for you to be more vulnerable than you might have been if you were having sex at night.

For instance, because if and when you wear it, you remove your makeup before bed (you better!), in the morning your partner is getting you au naturel—sans makeup and with eye boogers, bedhead, and all. This is the kind of walls-down openness that creates the perfect opportunity to "deepen your connection with your partner," says Morse. It'll help turn the mornings from unsexy rush hours to your favorite time of the day.

And this intimacy isn't limited to appearances, either. Having sex before you've spoken a word to another person all day can make a morning romp feel like a secret between the two of you that no one else will ever be in on.

Sometimes all it takes is setting your alarm ten minutes before the kiddos wake up to get that alone time in. "You'll be able to better prioritize your sex life and your pleasure by having sex in the morning," says Morse, because you can lessen the risk of a little one knocking on the door—or, in some cases, busting it wide open—because they heard something go bump in the night and want to snuggle with you.

Plus, you'll have an easier time tackling school drop-offs and last-minute homework checks if you've made time to de-stress with sex first thing.

A long day can really take it out of you, so why not reserve sex for immediately after you've had a good night's sleep? "Yeah, you probably won't be bursting with energy the second you open your eyes," says Morse. But it won't take long to get there, she promises.

10. Morning sex is good for your immune system.

It's no secret that you'll feel good after an orgasm, but do you know why? If you don't, no worries, here's the breakdown: Sex at any time of the day strengthens your immune system, says Morse. It kicks up your levels of IgA,"antibodies that are found in various places including our saliva and vaginas. These antibodies actually protect the parts of our body that are exposed to outside foreign substances – so when you’re having sex – especially oral – you might just be fighting off some outside bacteria," she explains.

Streamline your makeup routine to five minutes, or skip it altogether: Climaxing also releases chemicals that boost levels of estrogen, which can improve the tone and texture of your skin and hair. This is especially clutch in the morning, when you're already pressed for time (no, just me?).

Studies have shown sex can boost cognitive function and improve memory, says Morse, meaning you won't only be laser-focused while you're having sex but also later on in the day when you're giving a 3 p.m. presentation. Who needs a second Starbucks run, anyway?

Sex helps you catch some Zs and not because it'll tire you out (though an intense romp can), but because "when you have sex and orgasm, your brain releases oxytocin, our feel-good hormone, and also lowers cortisol, dubbed the stress hormone, as well as releases melatonin which helps us sleep," says Morse. "This combination of chemicals creates the perfect recipe for a deeper sleep," meaning you'll have a good night's sleep before you get it on again tomorrow morning.

14. It's your answer to mismatched libidos.

If every time your partner is feeling frisky you just can't get on their level, let morning sex be your remedy. Why? Because getting in the ~mood~ in the morning really doesn't require much effort from you or your partner

"Our bodies are actually primed for stronger orgasms right after we wake up," says sex therapist Vanessa Marin. To top that off, "testosterone spikes in the morning in both men and women," says Morse. You can count on an increase in libido and heightened genital sensitivity, particularly if your partner has a penis, because their erections (ahem, morning wood) will be much stronger in the a.m. So not only will your orgasm be stronger than usual, it'll be easier to nab, too.

Even if you find sex at night is more your thing because it works better for your schedule or because you hate having to wash your hair in the morning, you should still make it a part of your relationship—even if only on occasion. Anything that adds variety and spontaneity into your relationship is a good thing. Trust.